SINGER:
At an early age Amy Jo began singing and performing. She says that her years singing at the Orange County Fair taught her how to be an entertainer. “It was my job to make people think that sitting on a bale of hay, in the direct sun, was a good idea. While I was singing, I could draw a crowd, but I quickly learned to keep a dialogue going in between between the songs or I'd soon be singing to empty bales of hay.”

During one performance Amy Jo was invited, by Neale Donald Walsh. (Author of Conversation With God) to travel with him the very next day and perform at his retreat in Oregon. Another time, while performing for an audience filled with some of the biggest names in the spiritual/metaphysical industry, Amy Jo was surprised to find she had just sang for the Dali Lama. He was so moved by her performance, that he came up on stage to hug her.

Amy Jo followed her music all the way to Puerto Rico, where a series of events found her living on a tiny Island called Culebra. She and her family remained on the island for ten years, owning and operating The Culebra Bikeshop. They earned a living renting bicycles, kayaks, and Snorkel Gear. Amy Jo says. “It was the kind of life that everyone dreams of. It was surprising to us that it could soon feel a lot like work!” There on this tiny island she performed at water front restaurants to an ever changing audience of tourist.

While living in Culebra, Amy Jo began painting the beauty she saw around her, and was thrilled to find that she could earn a portion of her living from her art work. She would hang her paintings in her husbands bike and kayak rental shop and on three occasions someone came in and purchased everything she had.

The first time Amy Jo really knew she was communicating with spirits, came as a result of attending an Anthony Robbins workshop, Tony suggested “If you have a question, but you don't know anyone that you can ask. Think of any person living or not, and ask the essence of that person the question.”

Amy Jo said. “We tried it in class and I remember being blown away with how great the answers were. I came home and told my husband about the exercise and he said... “Wow, that's great, now can you write a song with someone the same way?” I thought it was such a great idea. That night I was laying in our bath tub which happened to be outside the back door, and I thought to myself... If I could write a song with anyone, living or not... who would I want to write with? JOHN DENVER! YEAH! So I said out loud “I ask the essence of John Denver to write a song with me.” Instantly I was hearing this voice in my mind saying. “Well, it's not everyday that a beautiful woman laying naked in a bathtub OUTSIDE asks me to write a song with her... How can I refuse!” I nearly jumped out of the tub as I scrambled to pull the towel across me. “Hey, don't cover up... that's why I came!”

Amy Jo, has gone on to become a "Channel."  and spends many hours a week asking questions and writing down the answers.  Her booklet the Court of Atonement has gone on to receive world wide recognition in the healing community.   Healers and dowsers all over the world are delighted with the results they are finding.   The Court of Atonement process, speeds up the healing processes and is currently being used in conjunction with many healing modalities. 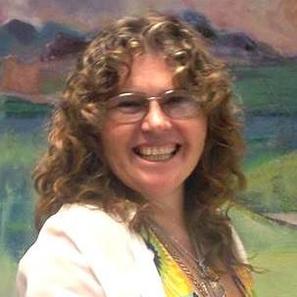 LIFE:
Amy Jo, was born and raised on a horse ranch in Southern California. Her father was a horse trainer, as well as the tenor for the famous singing group The Son's of the Pioneers. As the youngest of four children, Amy Jo did her share of the work on the ranch and spent most of her free time riding horses, swimming in the creek and playing with her dogs and chickens.